Did you know one day on the Moon lasts for 27 Earth days? Learn how big the Moon is, who was the first person to walk on it, why we only see one side of it and much more on this list of Moon facts that will blow your mind.

1. Moon is the Earth’s only natural satellite.

2. The Moon was formed 30 million years after the Earth formed.

3. The Earth‘s moon is the 5th largest moon in the Solar System.

4. The Moon doesn’t have light of its own. The moonlight we see is the sunlight reflected on the moon’s surface.

6. There is no way of living on the Moon because it has no atmosphere.

7. The Moon has mountains on it. The tallest mountain is called Mons Huygens.

8. Like Earth, the Moon also has gravity. The Moon’s gravity is 1/6th of the Earth’s.

9. The mantle of the moon is made up of dense rocks rich in iron and magnesium. The mantle is approximately 1,330km thick.

13. The path taken by the moon to orbit around the Earth is called ellipse.

16. Galileo was the first person to make the map of the moon.

19. The spacecraft Eagle carried the first man landing on the Moon’s surface.

20. The first words of Armstrong after landing on the Moon was – “That’s one small step for man, one giant leap for mankind,” have become famous.

21. The lunar landing mission, Apollo 11, was conducted by NASA.

22. A lunar eclipse occurs when the Earth is between the Sun and the Moon.

24. The moon is not round—it is shaped like an egg.

25. Moonquakes, which originate several miles below the moon’s surface, may be a result of Earth’s gravitational pull.

27. Of the six flags planted on the moon by US astronauts, five of them are still standing.

30. When the face of the Moon is facing the Sun fully, it’s a Full Moon. 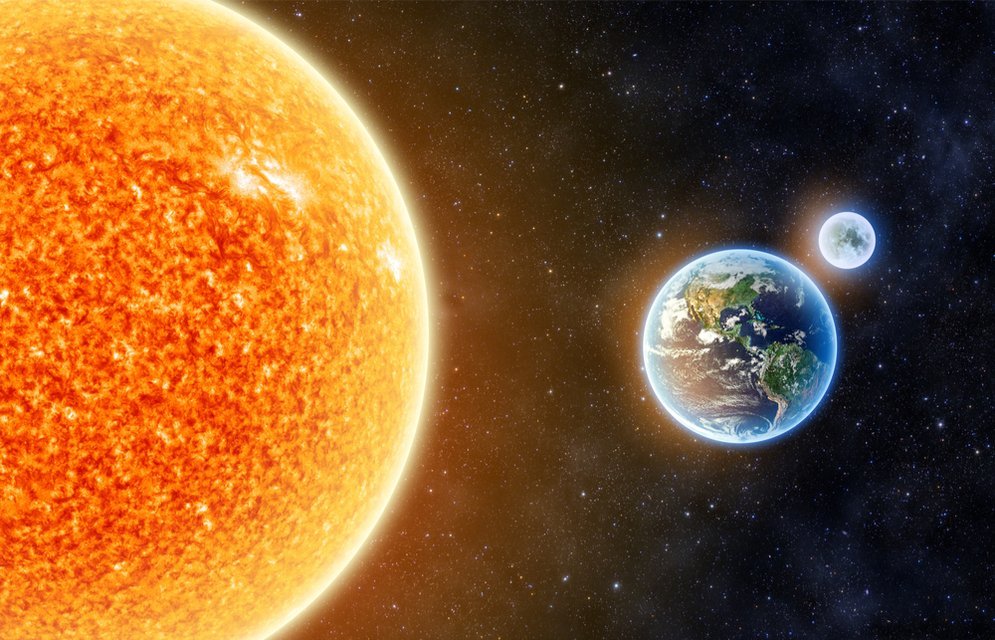 31. The moon has quakes caused by the gravitational pull of the Earth.

33. The Earth’s tides are largely caused by the gravitational pull of the Moon.

35. The footprints of Armstrong and his fellows remain intact for 10 million years because of the charcoal-gray surface and no erosion.

36. The first probe to reach the moon was the Soviet space probe Luna.

38. Mercury and Venus are the only planets in our solar system that have no moon.

39. There are three kinds of moon rocks: basalt, anorthosite, and breccia.

40. A full moon is about five times brighter than a half-moon.