Panama is famous for its eponymous canal, its natural attractions like snorkeling tours, gorgeous beaches, great shopping malls, and whitewater rafting. Learn more about Panama in this interesting 40 Panama Facts including the economy, residency, and many more.

1. The Republic of Panama is the official name of Panama.

2. The current President of Panama is Juan Carols Varela.

3. Panama is a country in the southern part of Central America 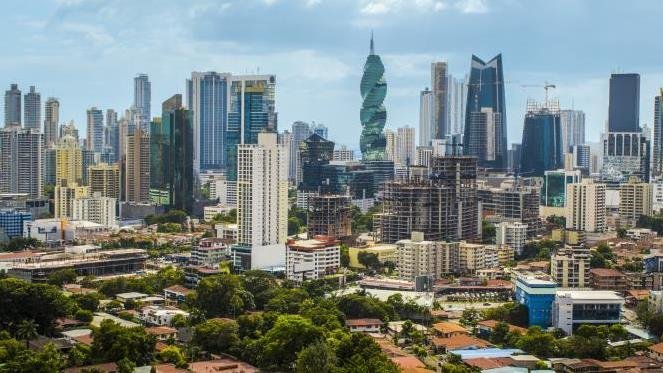 5. Vulcan Baru is the tallest mountain in Panama.

6. The last volcanic eruption in Panama was back in 1550.

7. Spanish is the main language Spoken in Panama.

9. Panama was the first Latin American country to adopt the U.S. currency.

14. The Panama Canal in Panama connects the Pacific and Atlantic Oceans constructed by France.

16. The Panama canal cost $350 million dollars and it was the the single most expensive construction project in United States history to that time.

17. The Canal is the main source of revenue for Panama.

18. The Jungle of Panama is home to five species of big cats.

19. Geoffroy’s Tamarin, a small monkey, is only found in Panama and Colombia.

20. The national dish of Panama is Sancocho.

21. Tocumen International Airport of Panama is the largest Airport in Central America.

22. Panama celebrates two independence days, the first from Spain in 1821 and the second from Colombia 82 years later in 1903

23. The total population of Panama is around 3.6 million.

24. Panama City is the capital and largest city of Panama.

25. An estimated 12,000 workers had died during the construction of the Panama Railway and over 22,000 during the French effort to build a canal.

26. The dry season and the rainy season are the two basic seasons of Panama.

27. Panama Geisha is the most expensive coffee in the world.

29. The official currency of Panama is the Balboa.

30. The Panama Canal contributes $1 billion to the economy of Panama each year.

31. Panama is the only place in the world where you can see the sun rise on the Pacific and set on the Atlantic.

33. The national flower of Panama is The Flower of the Holy Spirit.

34. There is no daylight savings time in Panama.

36. Harpy Eagle is the National Bird of Panama.

37. On 15th August 1519, a Spanish conquistador Pedro Arias Dávila founded the capital city of the Republic of Panama, which is known as Panama City.

38. SS Ancon was an American cargo and passenger ship that became the first ship to officially transit the Panama Canal in 1914.

39. Darien National Park is a world heritage site in Panama.

40.The Real Audiencia of Panama was established in 1538.